The acting head National Intelligence refuses to share with a committee of the House of Representatives the complaint of a whistleblower. According to several US media, the denunciation targets President Trump.

House of Representatives Intelligence Committee Chairman Adam Schiff raised the threat of a lawsuit on Thursday in the wake of the refusal by acting National Intelligence Director (DNI) Joseph Maguire to send him the denunciation made by one of the employees under his responsibility.

The report, which was made on August 12 to intelligence inspector general Michael Atkinson, was already known, but a Washington Post article on Wednesday said the denunciation targeted President Trump. -even.

The newspaper reported, based on two confidential sources, that the complaint was more specifically about a promise the president made to a foreign leader.

Thursday night, the Washington Post , the New York Times and ABC News said that the complaint involved Ukraine, but without specifying whether the eventual conversation of the president would have been held with a leader of the country.

Mr. Atkinson, who testified in camera earlier in the day before the House Intelligence Committee, where Democrats are in the majority, repeatedly refused to give details of the denunciation. He alleged that he did not have permission, according to reports made by elected officials in several US media.

For example, he refused to confirm or deny that the president was targeted. The law prohibits him from providing details of a whistleblower complaint until it is filed in Congress, CNN said.

Adam Schiff said in a statement that the senior official had agreed to be questioned about how a whistleblower report was handled. 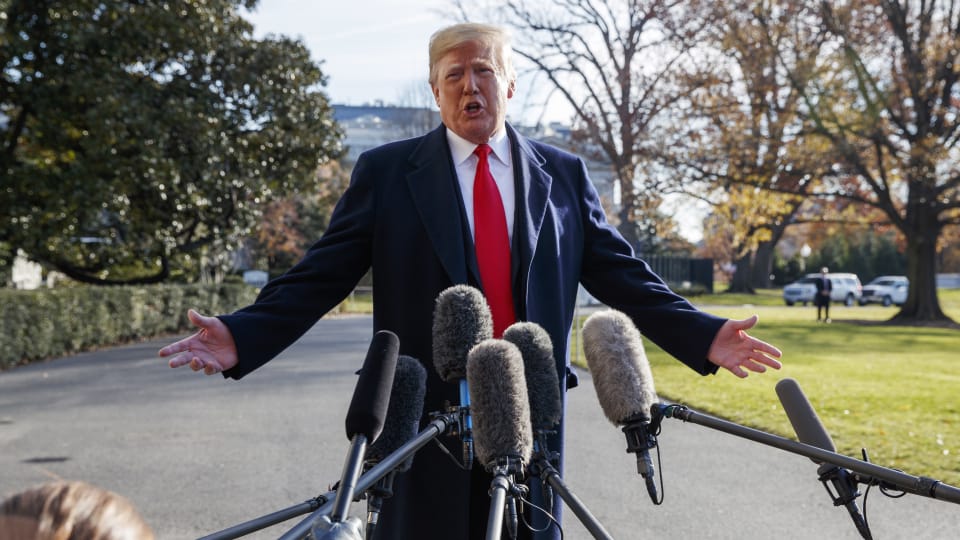 According to the New York Times , however, Mr Atkinson admitted to the members of the Commission that the denunciation did not concern an isolated act but several actions.

In a letter dated September 9, the Inspector General alerted the Senate and House of Commons Intelligence Committees about the existence of a complaint, but did not provide details.

However, he said that it was credible and concluded that it met the definition of an urgent problem , a level requiring notification to Congress.

In his subsequent letter, dated September 17, he stated that he had come to the conclusion that the Acting Director of the DNI and he were at a dead end . The two letters were made public Thursday by the commission chaired by Mr. Schiff.

According to the Washington Post, the whistleblower is an intelligence member who worked at the White House.

Arm wrestling between the DNI and the Chamber

While the law generally requires his office to share a complaint with Congress within seven days of filing the denunciation, Maguire has so far refused to comply with Mr. Schiff’s motions, including filing the complaint before Tuesday. latest.

In two letters sent to congressional intelligence commissions on 13 and 17 September, his office challenged both the urgency of the complaint and the need to share information with elected officials, including classified or privileged information . The last letter specifically referred to individuals within the executive branch of government.

The DNI office argued that the complaint was not within its purview, as it did not target an employee of one of the 17 intelligence agencies under its responsibility.

There is an effort to prevent this information from coming to Congress , “said Schiff. Since the creation of the DNI director’s post in 2004, no one has ever refused to report, he insisted.

He added that he was not able to learn if the White House was also involved in the DNI decision. CNN, however, cited sources that affirmed it.

Deploring an unprecedented derogation , the elected Democrat also called for all DNI documents related to this issue, including communications with the White House.

After refusing to appear this week, Joseph Maguire agreed to testify next Thursday at a joint session of the Senate and House Intelligence Committees.

Maguire has been acting as DNI’s replacement since last month’s dismissal of Daniel Coats , disagreeing with the president on several issues, including those of Russia and North Korea.

Trump claims to be a victim of harassment

President Trump reacted to the Washington Post’s revelations by denouncing on Twitter a presidential harassment and false news .

Virtually every time I talk to a foreign leader on the phone, I realize there are many people from different US agencies who can listen, not to mention those from the other country. No problem! he wrote.

Knowing this, is there anyone stupid enough to believe that I would say something inappropriate to a foreign leader during a “potentially densely populated” call?

The US president has assured that he will only do what is right and good for the United States .

Since his election, Donald Trump has often displayed disagreements with intelligence officials, including the issue of Russia’s interference during the 2016 presidential campaign, which he has often questioned.

US media have argued that a conversation between the president, who has broad powers to declassify information, and a foreign leader is not automatically considered an intelligence-related act, but the complaint, if it aims, raises questions about how it manages classified information.

In May 2017, the US media reported that President Trump had shared with Moscow classified information transmitted by Israel .

Last June, the president indicated his opposition to some CIA spying operations in North Korea. He had reacted to a Wall Street Journal article in which the CIA recruited Kim Jong-un’s half-brother, pointing out that he would oppose it.

The identity of the foreign leader has not been revealed, but several media, based on the records of the White House, recalled that the President had in particular in recent weeks interactions with Russian President Vladimir Putin, North Korean leader Kim Jong-un, Prime Minister of Pakistan Imran Khan, Mark Rutte of the Netherlands and Emir of Qatar, Sheikh Tamim bin Hamad al-Thani.